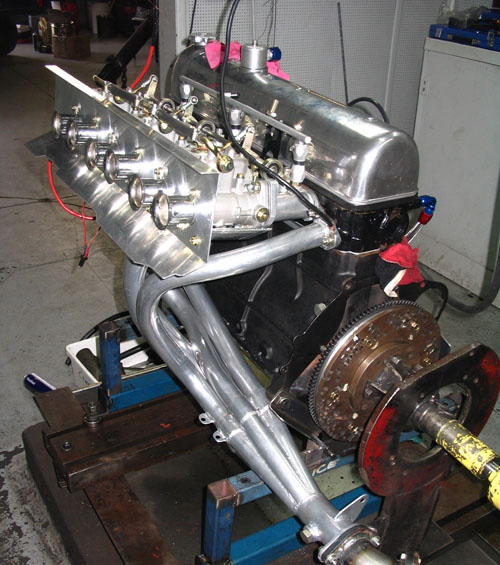 It’s not hard to see that Greg Scott has a stirring passion for his 240Z. Theirs has been a long-term love affair. Fully committed to the spirit of the Z, Greg has been on a 17+ year journey of constantly improving all aspects including brakes and suspension while steadfastly resisting all temptations of different engines, forced induction or fuel injection for his beloved 240Z – widely known as the “The Green Hornet”.

A broken crankshaft in his ‘old faithful’ engine triggered a search for a worthy replacement, hopefully capable of carving a second or two from his lap times.

Greg had become jaded with the claimed performance BS from local engine builders servicing the racing scene in California, and as he started to explore his options it was looking like Kameari in Japan might be the go, but after a long delay in trying to get something underway there, a chance conversation on the ‘Hybrid Z’ web forum led Greg to contact Les Collins…